New Brighton has grown from a small farming community of 500 people in 1930, experiencing very rapid growth in the 60s, to around 22,000 people today. The average daily water usage of the City today is about 2.75 million gallons, but it can peak at over nine million gallons on very hot dry summer days due to lawn sprinkling.

To report and issue or concern/view other related pages:

The hardness of water is related to the amount of dissolved calcium and magnesium it naturally contains. The higher the amount of minerals, the harder the water. Signs of hard water include spots or a film on dishes, residue on clothing, or a “slimy” feeling on your skin after washing your hands or showering. You may notice that you need to use more detergent, soap, or shampoo. Hard water can also cause mineral buildup in pipes and mechanical equipment.

While there are no harmful health effects from these minerals in the water, some homeowners choose to use a water softener to reduce the hardness.

The Private Water Service consists of all the components connected to the Public Water Main. These components are as follows:

In most cases the problems found relating to the Private Water Service are water leaks. These leaks are the property owner's responsibility to correct, and upon discovery the city will require that the repair(s) be made quickly.

Other frequent problems are issues with the curb stop and/or the connected standpipe. When a property owner needs/requests the water service to be shut off for internal plumbing work, the city will locate and operate the external curb stop. In some cases, it might not be possible to turn this valve due to corrosion or a bent standpipe, which interferes with its operation. In either of these cases it will be the property owner's responsibility to correct it.

Some curb stops are located in a driveway. When repairs to the standpipe are corrected, the city will provide the property owner with a device to make a more permanent repair. It will be the property owner's responsibility to hire a contractor to excavate the site to make the repair. If the valve needs to be replaced, the contractor will be required to obtain an Outside Sewer and Water Permit. If just the standpipe is repaired or replaced, there is no permit or inspection required.

Due to the possibility of extreme frost conditions in the metro area, property owners in New Brighton and other metro cities could experience issues with frozen water line services. The City of New Brighton wants to alert residents and property owners to this problem and provide advice. Thawing frozen service lines and plumbing can be costly to property owners.

Residents and property owners that use water less frequently are more susceptible to frozen services. If you have discolored water, your water service may freeze soon. Run water immediately and call Public Works.

You can measure the temperature of your water after running a faucet until it is cold. If you find it to be 40 degrees or colder, you should run water continuously to avoid a frozen water service and call Public Works.

What to Do if Your Pipes Are Frozen 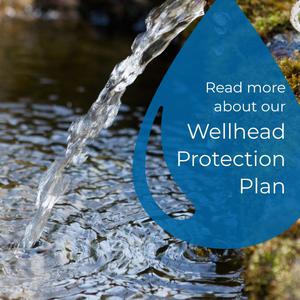 Summer water demand is high compared to the winter months. Lawn watering is the primary cause of increased water demand during the summer.

The City of New Brighton has the following ongoing lawn sprinkling policy to ensure there will be adequate water available at all times plus reserves in storage for fire protection purposes. If every home in the City tried to sprinkle lawns at the same time water demand will greatly exceed water production capabilities and a total sprinkling ban will be needed to reserve water for fire protection. If half of the homes in the City sprinkle lawns every other day and the other half the alternate day, there will be plenty of water for all purposes.

It can take 3,000 gallons of water per week to keep a 1/4 acre lawn green. Bob Mugaas, University of MN suggests:

The City water contains a small amount of naturally occurring iron and manganese that collects in the water system. If you get rusty water in your home during the flushing, run a cold laundry faucet for about five minutes to purge your home plumbing. If you happen to get some rusty water in your hot water heater, it may take a day or so to completely clear up.

The City of New Brighton flushes the fire hydrants in the fall, usually in October, to remove iron and manganese from the water system. The flushing may temporarily cause some reddish-brown water for New Brighton residents. The water is safe for human consumption; however, it could stain clothing if washing clothes. If discoloration of water occurs, please refrain from washing clothes until the water is clear. It should clear up in 24 hours.

Contact the City at 651-638-2050 if discoloration of your water persists or if you have any questions.

A common complaint about water is its odor or taste. It is important to remember that an odor does not mean the water is unsafe to drink. The City of New Brighton's goal is to provide both safe and aesthetically pleasing water.

Odor and taste problems often are due to the source of the water. High mineral levels are common in Minnesota groundwater, and minerals affect the taste of water. Iron and manganese produce a metallic taste to water; manganese can also impart a bitter flavor and can be the cause of an oily-looking film seen on brewed coffee. Calcium and magnesium, which are responsible for water being "hard", actually can make water taste better. The water in New Brighton is classified as hard, ranging from 17 to 20 grains.

Odor and taste problems can originate in your own home. Water heaters are often a source of offensive odors in water, especially if you are away from home for long periods. Flushing or draining the water heater regularly can alleviate this problem.

If your drinking water does not taste or smell the way you would like, try filling a pitcher with tap water and letting it stand in your refrigerator for a few hours prior to drinking the water. This will allow odors to dissipate and better-tasting water may result. Change the water in the pitcher every couple of days.

Any issues with the taste or odor of your water? Send a Citizen Request.

Did you know that by making just a few simple changes, you can cut your water usage and have a huge impact on our water resources?

The City of New Brighton Public Works Department flushes all of the fire hydrants connected to the distribution system, public and private, every spring. Section 508 of the Minnesota State Fire Code requires inspection, testing and maintenance of fire protection water supplies, which include water lines and fire hydrant systems. Fire hydrant systems shall be subject to periodic tests, maintained in an operative condition at all times and shall be repaired where defective. Private hydrants are fire hydrants that are located outside of the City of New Brighton Right-of-Way and on private property. If a private hydrant is found to be in need of repairs, it is the responsibility of the property owner to complete the repairs.

The locations of all public and private hydrants can be found on our Hydrant Location Map (PDF).