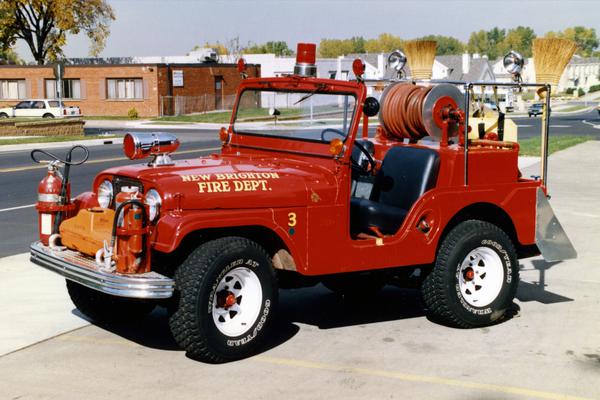 The New Brighton Village Fire Department began with two extension ladders and a hose cart that carried 600 feet of hose. The firefighters answered the call of a ringing alarm bell from the Town Hall. In an attempt to increase membership for fighting fires, compensation was approved by the Village Council in 1934 in the amount of $2 per call and $1 for each additional hour. The village maintained a contract with the Saint Paul Fire Department for assistance fighting larger fires due to inadequate equipment.

In 1947, the Village of New Brighton contained 1750 residents, small farms, and a few businesses. Seventy-Five Years later, the City of New Brighton contains over 23,000 residents, 10,000 residential units, and over 600 businesses. As the dynamics of the City have changed over the past 90 years so have the requirements of the New Brighton Fire Department. Today, the Fire Division of the Public Safety Department consists of highly trained firefighters capable of handling any emergency that may arise in our changing society.

Parts of the information on this page were taken from "The New Brighton Fire Department, Celebrating Over 50 Years" by Edward L. and Rose Ann Schneider.